Voter apathy lessened on campus this year as a total of 3,260 Dal students voted in the 2014-15 Dalhousie Student Union (DSU) elections, an increase of more than 1,400 from last year. A total of 18 per cent of students voted, meaning turnout was the highest it’s been since 2011.

Races decided by as few as six and 43 votes

Dan Nicholson, a newcomer to DSU politics and president of the Dalhousie Undergraduate Neuroscience Society, was elected DSU president, beating out current Vice President (Internal) Jennifer Nowoselski by 7.43 per cent of the vote.

John Hutton, current Board of Governors rep on council and longtime DSU council member, was elected to the position of Vice President (Academic and External) with 14.3 per cent more votes than first-year political science student Cody Couture.

The two executive positions of Vice President (Finance and Operations) and Vice President (Internal) were won by Mahbubur Rahman and Kaitlynne Lowe, who both ran uncontested. Rahman will be returning to his second year in the VPFO role while Lowe will transition to VPI from her current seat on DSU council as the President of the Dalhousie Arts and Social Sciences Society.

Kathleen Reid was elected Vice President (Student Life) on the second ballot, bringing a year as O-Week Coordinator and two years of experience working under current VPSL Danny Shanahan to the role.

Anthony Saikali, founder of the Dalhousie Medical Campus Response Team, will be representing Dal students on the Board of Governors after he received just 43 more votes than Yazan Matarieh, current member-at-large on DSU council.

Three seats on Dalhousie Senate are going to Sarah Dobson, Jeremy Banks and Liam Hunt. The race for Senate came the closest, with Hunt only garnering six more votes in total than candidate Jad Sinno.

A majority of students voted to support the levy questions posed in this election by the Dalhousie Outdoors Society, DalOUT and South House.

Last year, the South House Sexual and Gender Resource Centre saw a successful vote for their levy to be increased before imprecise wording in their referendum question resulted in Dalhousie administration granting them a one-year provisional increase in funding.

Members of the organization say they’ve used their increase to double their staff hours, increase the hours their South St. space is open to the public, and double the amount of emergency bursary funding they give out to students, among other initiatives.

South House board member Harry Makohoniuk said at a February meeting of DSU council that the referendum question they ran this year has been approved in writing by Dalhousie administration, so they should not run into similar problems as last year.

The question for campus radio station CKDU 88.1 FM, which would have been their first levy increase since 1985, failed to pass by 4.61 per cent of the vote. They ran a question for an increase of 25 cents per semester for full time students who already pay them $4.50, and 50 cents per semester for part time students who already pay them $1.

“I don’t think it’s fully sunk in yet,” says incoming DSU president Dan Nicholson about an hour after his successful election is announced.

“After they announced who won, I was expecting myself to get really excited, really amped up, and vocal about it, but I found it wasn’t really like that. Mind you, my hands were shaking, I could feel the jitters, but I was more reserved than I was expecting – which leads me to believe it hasn’t really sunk in.

“So I’m kind of half-expecting tonight when I’m doing some homework, I’ll just be like – ‘Oh wow, this is happening.’ “

Homework is something Nicholson has largely sacrificed in recent weeks as his attention has been turned to his presidential campaign and learning more about the DSU. During campaign week he carried a hand-held click counter as he met individual students, clicking it each time he spoke with someone new – he says his final count was “about 2,100.”

Nowoselski is currently DSU Vice President (Internal), a role that has seen her work towards a restructuring of the DSU’s staff structure, assist in coordinating the Student Union Building’s upcoming renovations, and serve as a strong public face for the DSU while the union was bombarded with media requests after December’s dentistry scandal.

Previously, Nowoselski served as a commissioner to the DSU VP (Internal) and VP (Academic and External).

Now in his final year of an undergraduate degree in neuroscience, Nicholson says he plans on quitting his current job as a pharmacy technician and registering for next year’s courses, possibly in photojournalism and guitar.

It’s unusual for someone with no experience as a DSU executive, councillor or commissionaire to jump right to the presidency.

Nicholson says he thinks he’s going to have a pretty steep learning curve, but getting ready for the role is all he’s been doing – reading up on DSU history, and reaching out to as many people who have been involved in the union as possible to find out their perspectives on past decisions.

“I have every single day of April to follow [current DSU president] Ramz around, go to as many meetings as I can, get his perspective, read as much as I can, learn, and just absorb,” says Nicholson.

“I’m excited to reach out to a lot of students, a lot of groups, levied societies, and sit down and get to know what they’re all about, voice what I’m all about, and get to the same page so we can achieve some great accomplishments this year,” says Nicholson. “I think we have a unique opportunity with the executive that we have to make some huge, meaningful strides, so I’m really excited.”

Nicholson ran on a reform campaign, citing a more transparent union and a restructured DSU council as prioritized goals on his campaign website. His entire platform is available online here, and embedded below for preservation, as DSU elections candidates’ websites usually expire after a year.

This is because agricultural students were not given the option of voting on the referendum questions, which only affect the levies of students on Dal’s Halifax campuses.

This was the first year Dal’s Agricultural Campus students in Truro were able to vote in DSU elections, in a move that has been formally challenged by some students after it was only announced they could vote with less than two days before the campaigning period for candidates ended.

This number may initially seem too small to be of any consequence, but the third Senate seat was won by just six votes.

In coming days, the Gazette will follow up with the DSU’s judicial board to see if there are any results from the complaints that have been brought forward about the sudden announcement Agricultural students could vote.

All photos by Jennifer Gosnell. 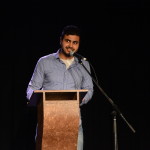 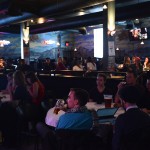 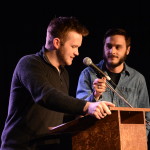 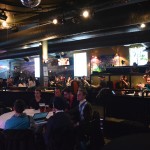 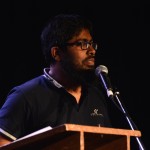 Mahbubur Rahman is going into his second year as Vice President (Finance and Operations). (Photo by Jennifer Gosnell) 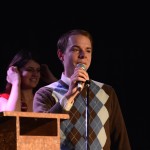 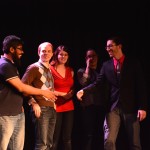 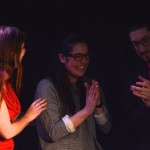 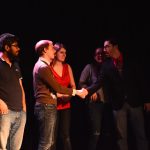 Here are the official elections results in full as provided to the Gazette by the elections committee.

Voters for all candidates: 3260

Board of Governors Representative

Voters for all referendum questions: 3229