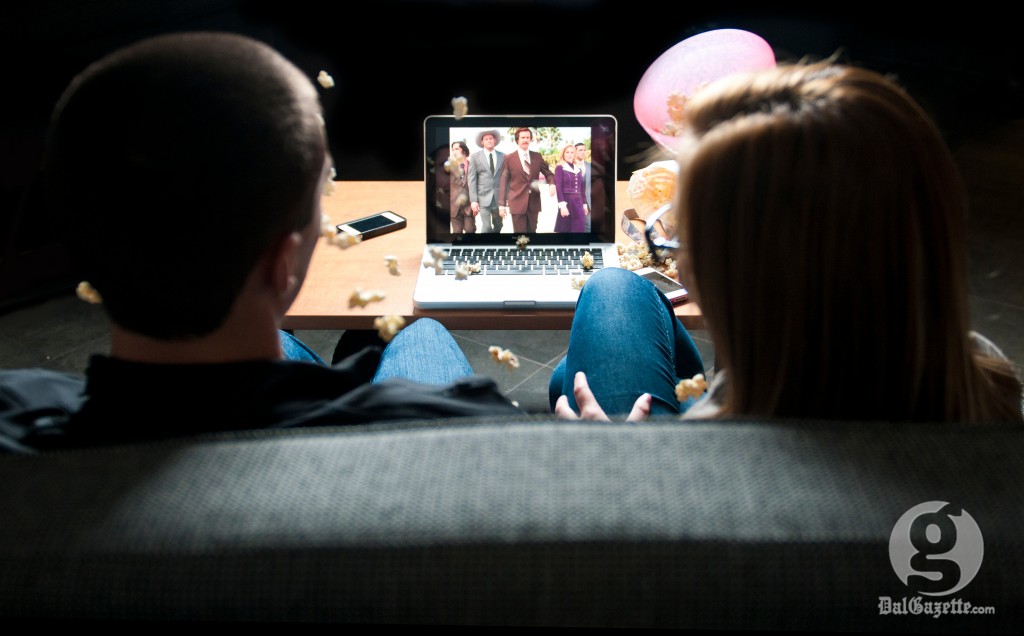 Why pay for expensive cable options when you can download for free? (Chris Parent photo)

Online movies are fast, convenient, free—and illegal.  Having been back to school for a little less than three weeks, I’ve noticed a growing tendency to download movies instead of buying them, which I find shocking in its casual acceptability. It’s become the norm for many students I’ve spoken to, and that irks the hell out of me.

At first glance, the issue seemed to be fuelled by the costs of bundle prices offered by Bell Aliant, Eastlink and other cable providers around Halifax.  After all, who’s going to pay $79.95 a month to EastLink when they can watch the same shows for free?

Kohler has only downloaded illegally once in her life—so she’s not too worried about getting caught. Cases like these are typically not pursued, according to Constable Brian Palmeter, Public Information Officer for the Halifax Regional Police.

I bet that’s great news to all the students who choose the illegal path to an episode of The Office. You can watch all the movies you want online for free. You won’t get arrested, because the fact of the matter is, police have bigger crimes to solve.

Unfortunately, for many people lack of police interference is not news.

“The only thing I’d like to watch would be the History or Discovery channels—but all of those things I can find online,” says De La Torre, who’s an international student from Mexico.

Pirating movies, similar to illegal downloading, is an ongoing issue in his home country.

“In Mexico most places that sell counterfeit movies are owned by gangsters. All of those businesses are illegal and if you go and buy movies from people who sell them you are supporting them. Whereas if you go online there are quite a few websites that are created by one person or a few people which allow [everyday people] to upload movies,” says De La Torre.

One illegal activity should not be more acceptable than another, but sadly, a lack of police involvement encourages the downloading tendency. Why wouldn’t people continue doing it if they almost never get punished?

I can think of a few good reasons not to watch illegal movies online.

On a personal level, you’ll miss out on that exciting thrill of ripping the plastic off your new movie. On a larger scale, if you pay for cable you’re contributing to the economy, which means you’re creating jobs.  You can look forward to being home at a certain time to watch your favourite TV series. If you’re single, you’re passing up the opportunity of running into a hottie while standing in the checkout line.

Paying for movies and TV may not be the most convenient choice, but it has one thing going for it that illegal downloading never will: it’s honest. It will always be the right thing to do.