Vanishing into “How to Disappear Completely” 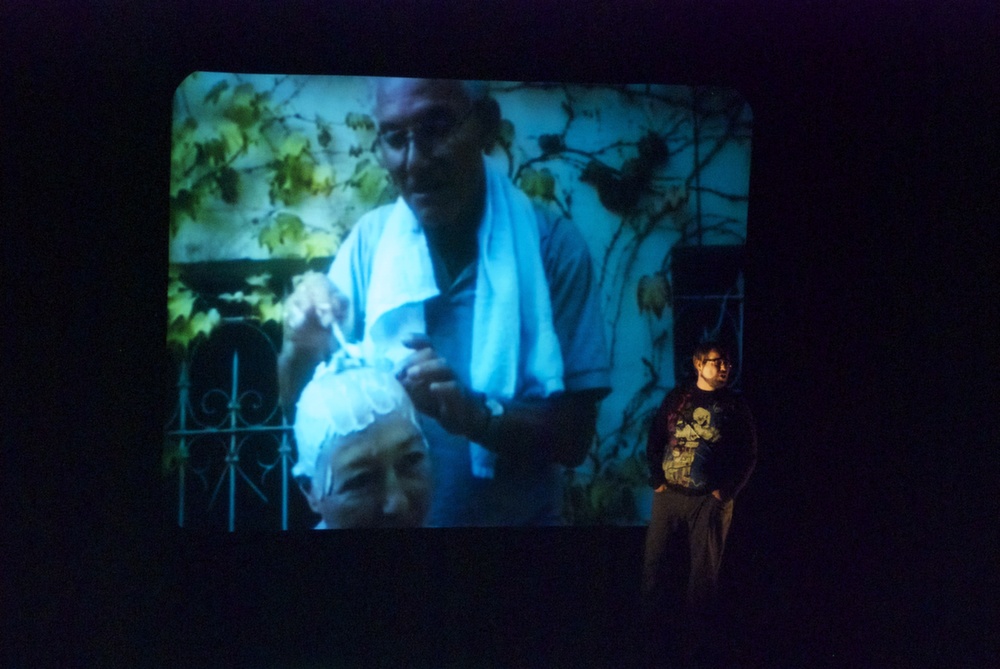 Itai Erdal and his mother. (Photo by Johan Lavine via Portland Institute for Contemporary Art)

In September 2000, lighting designer Itai Erdal received news that his mother was diagnosed with cancer. She had only nine months to live. After moving back to Israel to be with her, he shot hours of documentary-style interview footage and took hundreds of pictures, all of his mother in her final days.

Erdal transformed his experiences into the performance How to Disappear Completely, currently running as a touring production at the Bus Stop Theatre.

Completely details the true story of Erdal’s mother’s fight against cancer and her wish to end her life because of this on her own terms. Narrated as an autobiography and featuring short documentary clips with live theatrical lighting designs, Erdal’s story of his mother’s death is touching.

Erdal weaves a fluid tale from many anecdotes of his life: this provides both humor and liveliness to the sad story. The anecdotes also make the story relatable—it’s like the tales of hardships that you’d listen to from your grandparents. The pace of the story is steady, tactfully interrupted with screen films and lighting demonstrations.

In How to Disappear Completely, Erdal demonstrates his willingness to comply with his suffering mother’s requests using song, dance and lighting. Indeed, the use of dramatic lighting strongly reflects upon Erdal’s humor, familial relations and overall message. Itai Erdal after all is a theatrical lighting director, 10 years after his dream of directing documentaries washed up. All 72 lighting cues boldly emphasize the scene within Erdal’s story, even the shin-buster and the warm-fading tin can, particularly early in the play. The pitch-black opening and sudden appearance of a home-video-esque film on the screen foreshadows the powerful ending in darkness, and relates to the title beautifully. The entire use of the documentary film reinforces the spoken story.

The production value is stunning, the storytelling, charming and funny, and the content brutally honest but touching. How to Disappear Completely is an incredible success on every level.

2b Theatre’s touring production of How to Disappear Completely runs at The Bus Stop Theatre, 2203 Gottingen Street, until Feb. 9. Seating is limited.