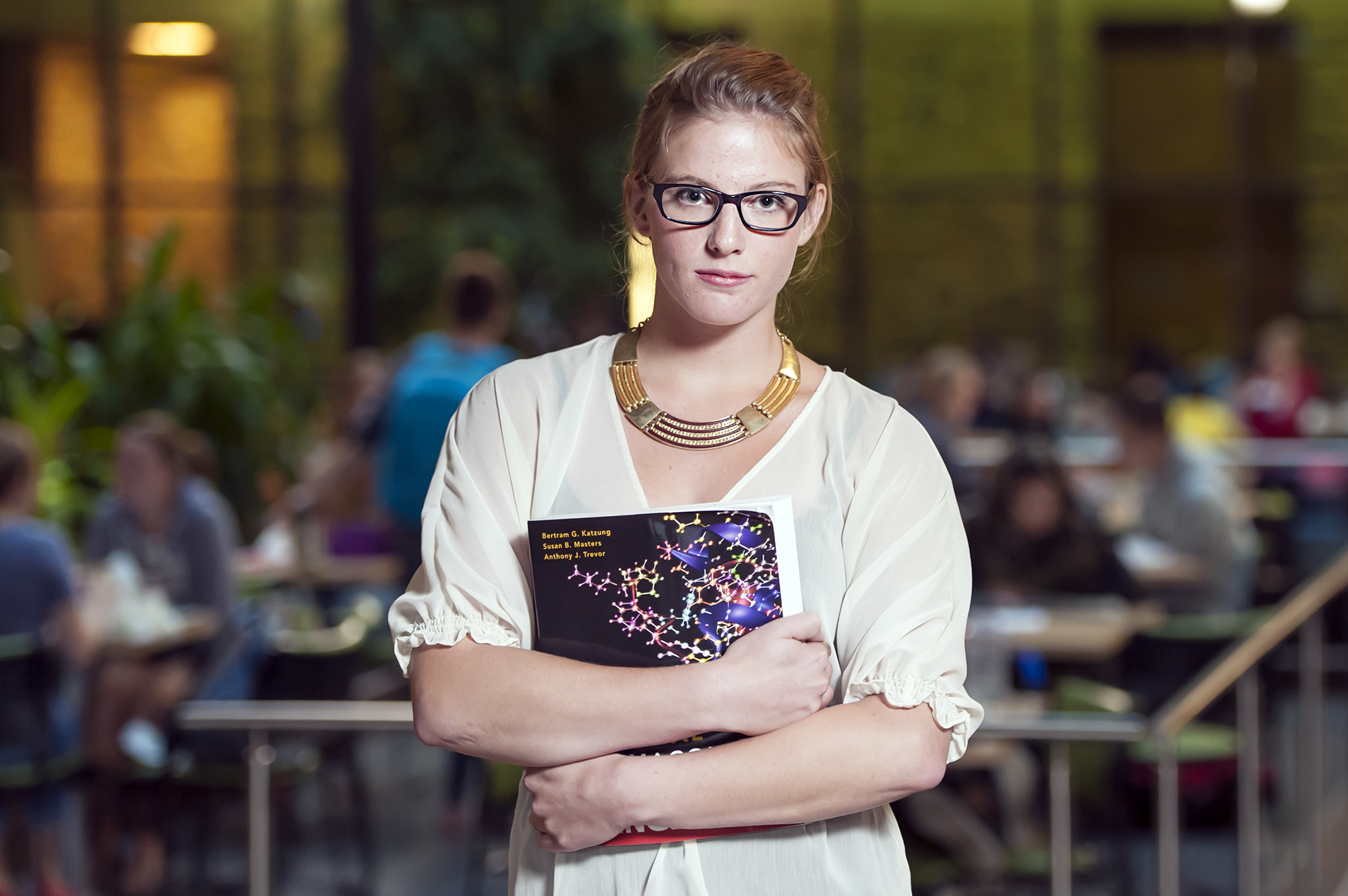 Emma Herrington studies most on weekends when there are no classes. (Chris Parent photo)

Some students do the bulk of their studying at the Killam Memorial Library, relying on its cold, monolithic walls to keep away the temptations of university parties and a warm bed.

But as of Sept. 5, it may be harder to study. This semester, the Killam Library has cut its hours. The library now closes at 6 p.m., instead of 12 a.m. on Friday and Saturday.

Emma Herrington, fourth-year neuroscience student and president of the Dal Science Society, is starting a petition in response to the cuts.

“All we’re asking for is the space to study,” says Herrington. “It’s a basic need for students, so ideally I’d like to see the [hours] change. I’m not sure if that’s possible, I’m really not sure where the money is going but it’s probably the new building across the street.”

Dal libraries took a 3.5 per cent operation budget cut in the March budget. Joyline Makani, head librarian at the Killam, says the cuts were made reluctantly and at the only possible times.

“It’s only Friday and Saturday where the cuts are because that’s when we find the libraries are not that popular. As compared, we cannot close Sundays, Mondays, Tuesdays. I wish we could at least have 24 hours on those days.”

Herrington reached out to Richard Florizone, Dal’s new president, who started after the most recent budget was finalized. He forwarded her emails to Donna Bourne-Tyson, head librarian of Dalhousie, who responded:

“I would hate to think of you and other students taking time away from other important pursuits to develop a petition, especially since we cannot increase the hours this term aside from the Night Owl hours (starting in another month) – there just isn’t any money to do so.”

She did, however, ask Herrington for her recommendations on which of the two weekend nights would be higher priority in her opinion for any future hour changes.

“It’s embarrassing,” says Herrington. “You’re looking at libraries like Queen’s and U of T [University of Toronto], who are only increasing their hours. There are universities going towards 24-hour open libraries and we are actually moving backwards.

“We want extended hours, we’ve even considered opening for 24 hours,” says Makani, “but again we need the resources to do that. Without money, sometimes wishes cannot come true.”

A petition will be circulated outside the Killam by the DSS on Thursday, Oct. 3. At print, over 300 people have said they will sign the petition.

One member of the event, Jake Blacklaws, pointed out that the Dalplex is open more than the Killam, with 110 and 96 hours a week respectively.

Makami does not expect the students’ petition will cause them to reevaluate the cuts.

“Without money, there is nothing to re-evaluate,” says Makani. “We have already evaluated all of the hours and know that Friday and Saturday are the only days that we can close to meet our obligations,” said Makani.

Herrington doesn’t disagree. “I’m not sure that it’s going to change anything,” she says of the petition.

“That’s something I’ve been making clear to students, that it probably won’t. But at least they will know that we’re very unhappy and quantifying that.”

Harrington hopes this petition will encourage other groups, faculties and societies, to raise their concerns with the school.

“With the really high tuition,” says Herrington, “I should be able to study somewhere.”