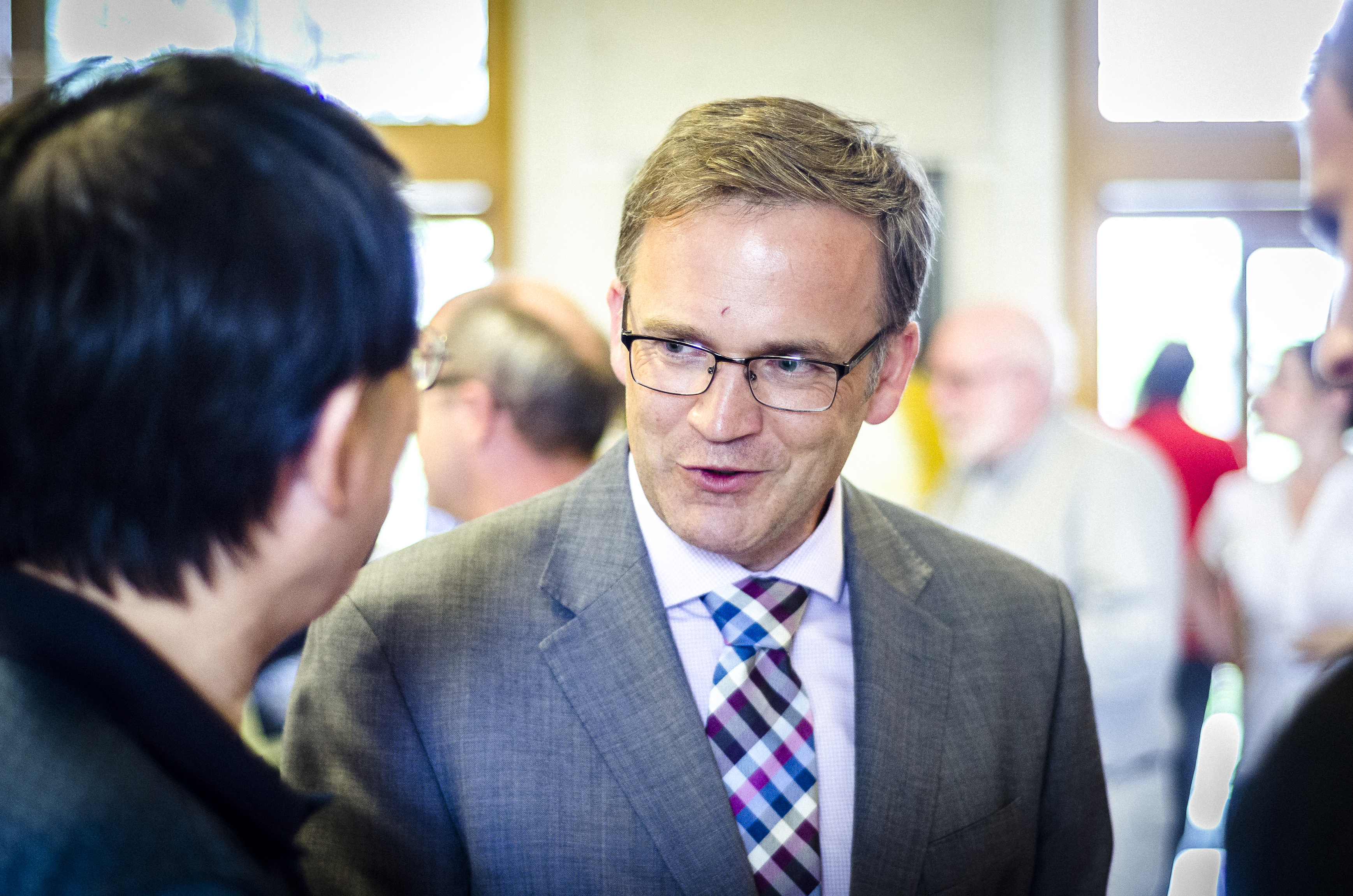 Florizone chats with students and staff at a reception on July 2. (Calum Agnew photo)

Florizone mingled with faculty, staff, and students at a reception held in the Henry Hicks Building. His appointment marks the beginning of ‘100 days of listening,’ a series of meetings and consultations with students, faculty and staff.. Florizone says the feedback will help determine the university’s direction during his tenure.

Florizone comes to Dal after overseeing a $1-billion expansion at the University of Saskatchewan, where he served as VP (finance and operations). In 2012, he was seconded to the World Bank, where he advised the New York-based organization on public-private partnerships. He holds a MS.c physics from the University of Saskatchewan, and a Ph.D from the Massachusetts Institute of Technology.

The presidential search committee announced his unanimous selection in November 2012. The Gazette’s story is available here.