With less than a month left until the ballots are cast in our 42nd general election, we thought it was time to shift our focus. We’ve talked about party leaders and about Halifax candidates, but we realized that we weren’t talking about those who are arguably even more important: the voters themselves.

A team of Gazette reporters went to four universities around Halifax and asked every student the same question: “What student issue in the upcoming election is most important to you?”

Many of the answers below go to show that no matter the school, no matter the background or the age, students share many of the same priorities, as well as a shared dismay at the cost of paying for their education.

On Sept. 28, the Dalhousie Student Union will host a debate where all candidates in the Halifax riding will discuss youth and student issues. The debate takes place in the McInnes room on the second floor of the Student Union Building at 6:30 p.m. 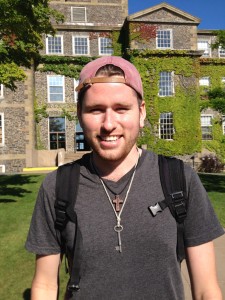 “It’s absolutely ridiculous, the tuition fees. I mean, you have to go into debt so much just to get a decent job. Every year I’m like, “Why am I doing this,” because I just see the loans piling up.” – Jonah Patterson 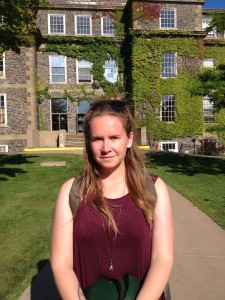 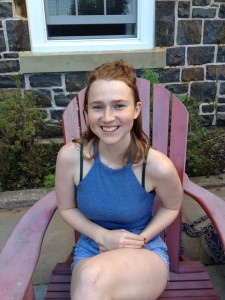 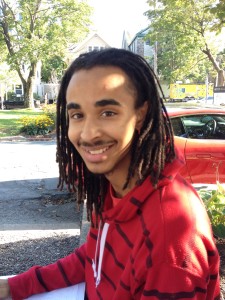 “The number one issue that I would think is actually paying for school, like tuition … I think that they shouldn’t include things that you don’t need. When you look online to see what you are paying for it seems like there are all of these random fees. There should be more opt out features.” – Kyle Fraser 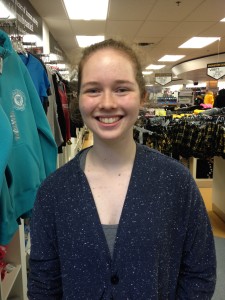 “I feel like Nova Scotia needs to provide more tuition breaks. I mean if you are from Quebec and go to university in Quebec you get a big break in your tuition but it’s not that much in Nova Scotia, it’s like what? 600 dollars? I feel like the government can give us a break. Can’t they?” – Nicole Moulaison 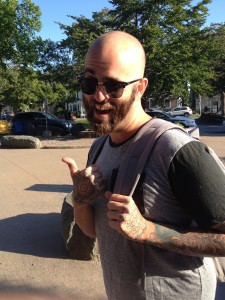 “Tuition is always the first issue. I am an older student, I went to school when I was a little bit younger and now I am 28, just turned 29 so in those few years, between 18 and 29, I’ve seen a huge spike in the unaffordability of school.” – Joshua Cadegan-Syms 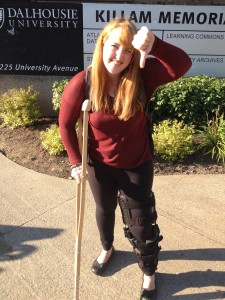 “Accessibility. Dalhousie is one of the least accessible schools in Canada … in my second year my roommate had surgery and it was in the middle of the winter. The only way for her to get anywhere was to rent a wheelchair and there was no service to help her get to class, so […] her mom had to fly out and help her. If she didn’t have the socioeconomic status she would have been paying for tuition and not being able to go to her classes.” – Stephanie Mason 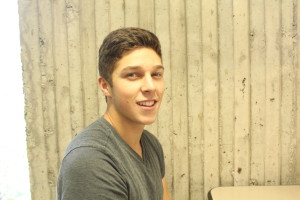 “Since we’re students, obviously tuition is a huge field for us. We pay a lot, I just paid my tuition like five minutes ago … so now I’m broke. So I would say that’s probably my biggest concern right now. A lot of people just get stranded after they’ve done the degree.” – Gabriel Roy 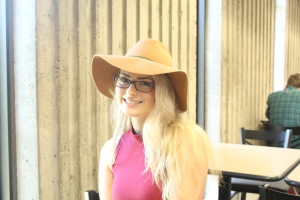 “I feel that the biggest issue is the price of tuition. And cheaper housing, keeping the rent low, because we’re poor. We don’t have time for jobs.” – Brianna Smith 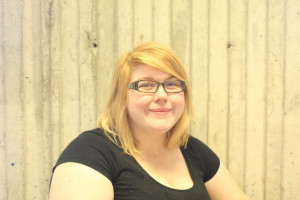 “[…] We need a federal government that is going to pay a little more attention to the Maritime provinces. […] Stephen Harper has pretty much ignored Eastern Canada, especially Atlantic Canada, and that really has left us in the dark on a lot of things. Not much has changed in Nova Scotia and not much has been created to help Nova Scotia to get us out of debt and help us out with a lot of things. I think that is important because it affects jobs. If we had more funding – a lot of it is a provincial issue but if we had more support federally to fund more in Nova Scotia – less of our young people would leave Nova Scotia. I’m 26 years old and most of my friends have left Nova Scotia, I’m one of the few here. I don’t know how long it’s going to take me to find work in Halifax but it’s a terrifying, terrifying thing.” – Erin Murray 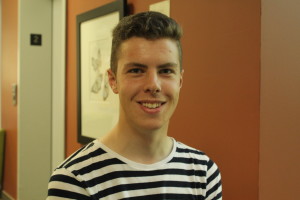 “Tuition price would definitely be one of them. I mean, it’s pretty outrageous what it costs to go to school now, especially compared to in the 80’s and 90’s. That’s the main one.” – Matt Kenermens 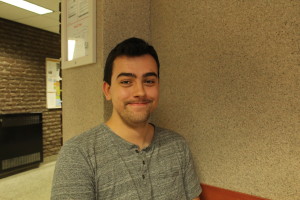 “The amount of money I have to pay for an education is concerning. I know that in Newfoundland they abolished student loans and it’s all government grants – so why can’t we? We want more people to stay in Nova Scotia and they wanted more people to stay (in Newfoundland) and that’s how they went about it. When you have to pay a lot of money, then everybody leaves, that’s how I see it.” – Nick Zink 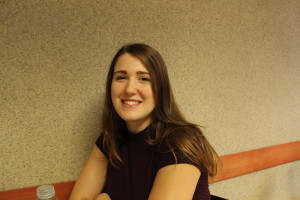 “Debt, I’d say. A lot of people come out of school with a lot of loans and it’s hard to find jobs a lot of the time, which sucks. I’m doing nutrition and I have to work for a year afterwards in an internship. So that’s not a huge help, having a bunch of debt and then having to work a year for free.” – Chelsey Purdy 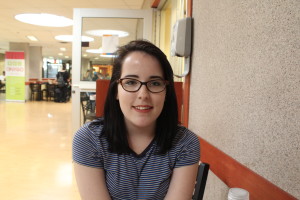 “I guess student loans, and scholarships, the fact that school is so expensive. I feel like school should be free. If we have to do this to be able to make a living in the world then why do we have to pay for it?” – Courtney McNeil 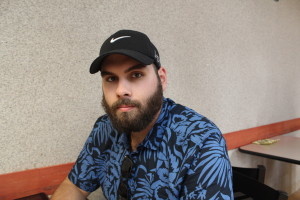 “This is my graduation year; actually, so post-graduation I’d like to see economic stability. Obviously right now they just announced a recession, there’s a whole bunch of conflicting things right now. They also just announced a budget surplus, which is odd when we’re in a recession. So I’d definitely like to see economic stability post-graduation and maybe taking it easier on students. A lot of times I often feel we’re swept under the rug and that our votes don’t really mean a whole lot. So what I’d like to see is more attention put on students and all the things that we face, financially and with tuition and things like that.” – Joshua Burness 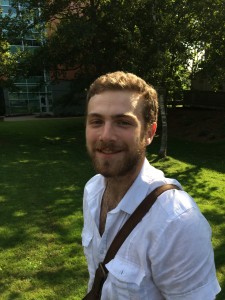 “Tuition – the high cost of tuition. It costs an arm and a leg for four years of university.” – Ben Givner 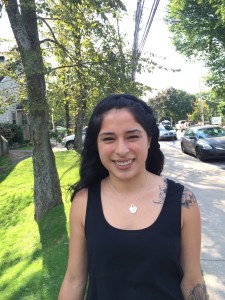 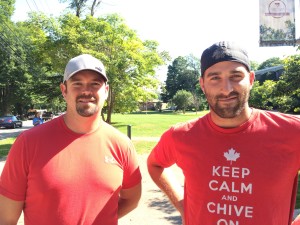 “Student loan debt and debt relief. Any program like that.” – Shawn Henry, L

“Tuition. Take a page from other provinces like Newfoundland.” – Mike Mahoney, R 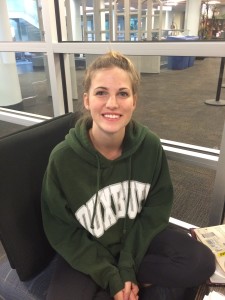 “Tuition. Rising tuition and student debt. We come out of school 30 or 40 thousand in debt and jobs are hard to come by – even with a good degree.” – Emily Trottier 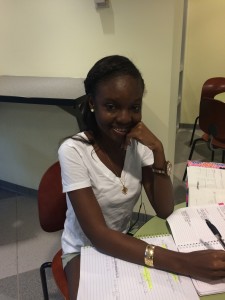 “Campus safety. Having security around – especially at night.” – Nore Arnett 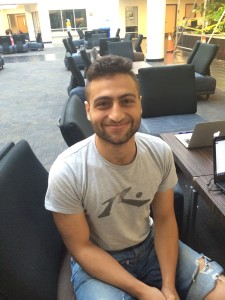 “I’m an individual person, so if nothing changes it’s not going to bother me.” – Abraham Rhadra

“Student issues like tuition are important, but all issues are student issues. I’m more interested in the issues surrounding immigration and foreign policy than tuition.” – Anonymous 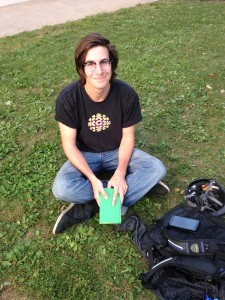 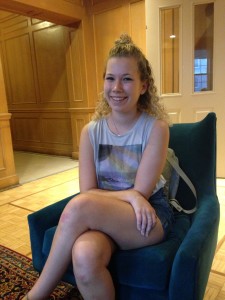 “The issue that is most important to me is tuition because I think all over the country, but especially [in Nova Scotia] it keeps going up a little bit and it’s making a big difference in not just mine, but I think other students’ lives. You have to pay a lot to be here and I’m happy to do it because I’m happy to be here, but it’s not necessary.” – Sophie Foxman 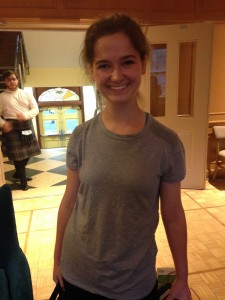 “I think a large problem is student debt. I have plenty of friends who are just as intelligent – even more intelligent and driven – and a lot of students can’t even afford school, which is heartbreaking. I know that they have the potential to do so much but they can’t afford it. I think turning loans into grants would probably be a very good investment on the government’s part and investing more money in students to get a post-secondary education because we are the future and we need a proper education.” – Katie Buckley 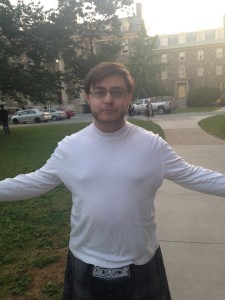 “The major issue in the upcoming election concerning students is the students themselves. The problem is that they are always going to demand a program for a job that is going to get them no where after university. There are no more jobs to be given based around a lot of these programs and not enough emphasis put on trade jobs. People need to start living practically.” – Kyril Wolfe 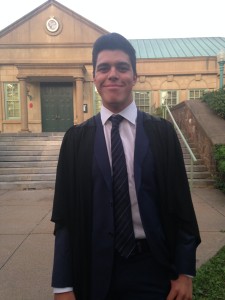 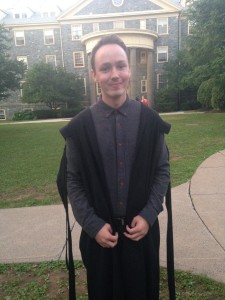 “I definitely think the most important issue for students in the upcoming election is the rising cost of tuition and fees for schools across Canada, because not only is that an accessibility issue, meaning that fewer people of diverse backgrounds can come to schools like this … it’s also an issue of stress or mental health, because a lot of my friends have to work part-time jobs just to make ends meet.” – Brennan McCracken 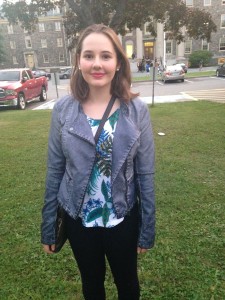 “I wish [the government] would put the tuition cap back on or at least lower the tuition cap so that more people could come to university, because I know for me it was definitely a problem. When I heard they took away the tuition cap I didn’t know if I could go to university. I’ve heard that in Newfoundland the student loans are now grants which I think is an excellent idea and would encourage a lot more people to go to school.” – Anna Marie LeBlanc 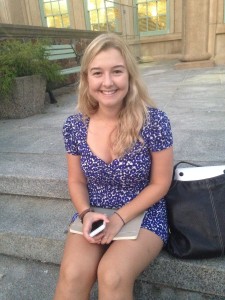 “I think that a really important election issue would be mental health resources, especially here at King’s because we only have access to Dalhousie’s mental health resources. This is something that affects students because we are struggling with high tuition or having to take on more jobs to pay for tuition and all of these things create a lot of pressure on students. When there aren’t resources to support that it creates a real issue and for candidates in the upcoming election to pay attention to that would be really important.” – Emily Rendell-Watson