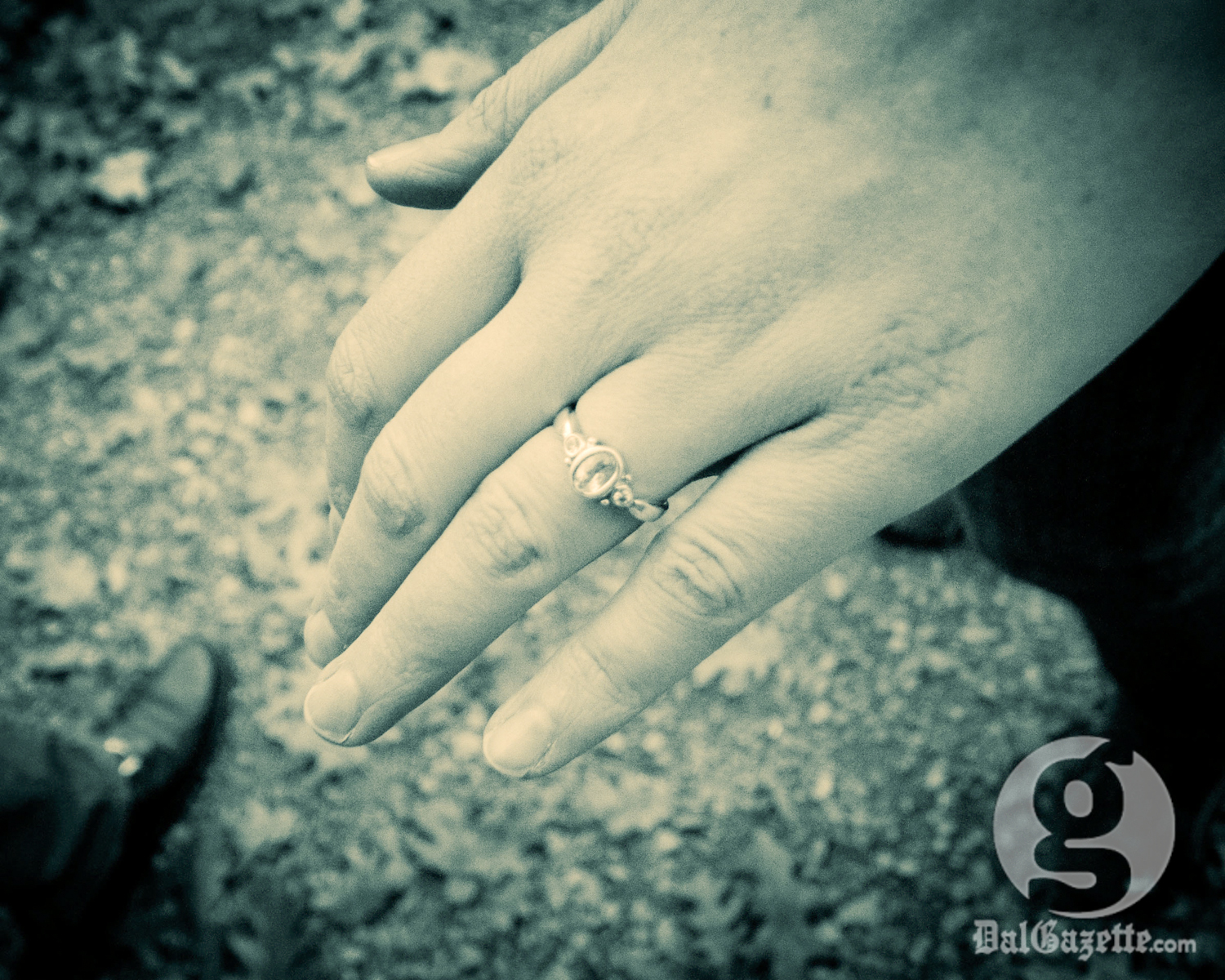 In South Korea, couples celebrate the hundredth day of their relationship with a ring. (Matt Glynn photo)

My boyfriend and I spent last year teaching English in South Korea. It’s standard practice to hire couples for the job because they’re less likely to take off in the night, they party (slightly) less than single people, and they don’t date the locals.

Being a couple in South Korea came with expectations we weren’t ready for. On the first day of class I had an exchange with an eight-year-old student that went like this:

Student: “Where is your couple ring?”

Student: “A ring for couples.”

Student: “Your boyfriend does not love you, teacher.”

Harsh. I decided he probably thought I was married and wanted to know why I didn’t have a wedding band.

But soon I started to notice high school couples wearing matching rings on the subway. I was confused. Surely Koreans don’t get married in their early teens…

I figured the “couple ring” must be the equivalent of the North American “promise ring.” I’ve never understood the point of a promise ring. A pre-pre-wedding ring seems excessive.

But it turns out South Koreans are just crazy for couples. And matching.

A first date begins the process of forging a shared identity. Pretty soon the pair is buying matching sneakers, matching baseball caps, and matching watches. Some couples dress the same from head to toe. And not just old people cruising the mall in his-and-her tracksuits.

Sporting couple rings is often the first step in the matching process. Traditionally, South Koreans did not exchange wedding bands. Middle-aged and elderly Koreans rarely wear one. With the rise in popularity of the western-style wedding, 20-somethings have started wearing engagement rings and wedding bands along with the big white dress and tuxedo.

The “couple ring” has its roots in an ancient tradition, totally unrelated to weddings or relationships. Back when infant mortality rates were higher, families would celebrate the hundredth day of a baby’s life. It was a sign that the most dangerous time had passed, and that the child was likely to reach a healthy adulthood.

Today, a new romance is at a much higher risk of ending in the first three and a half months than a new life. The 100-day milestone, while still symbolically important for infants, is applied to relationships as well. Many couples honour the occasion with couple rings.

That kid who trashed my relationship wasn’t being a jerk. He was worried about me being under-appreciated. And those canoodling teens on the subway weren’t married. They were showing off their relationship, as teens are wont to do.

Eventually I got used to seeing my grade 8 and 9 students wearing would-be wedding bands. Sadly, I’ll never know if their relationships make it to the altar.

And though my boyfriend and I didn’t cave to the pressure and buy couple rings, we did leave Korea with a pair of matching New Balance shoes. When in Rome…