The future has two wheels 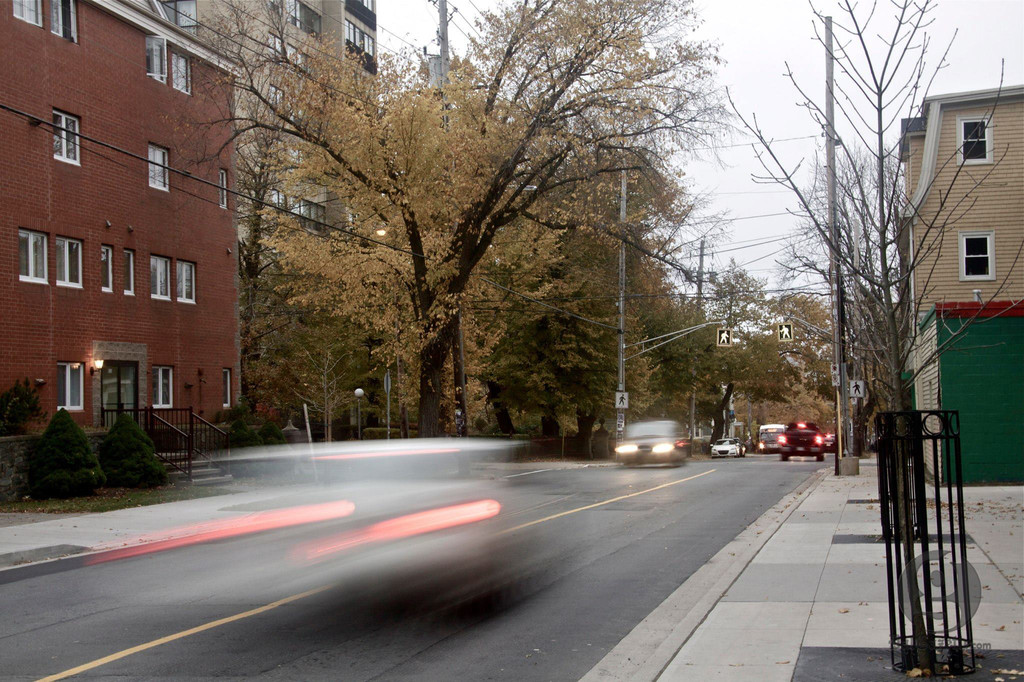 Soon, all the cars will be ghosts. (Adele van Wyk photo)

Even on the bleakest of January evenings, handfuls of committed, leaky-eyed commuters, hunching over handlebars into the wind, will be spotted cycling Agricola Street. The casual observer can see Agricola is a major artery for bicycle commuting and culture in Halifax.

In a city with a fertile range of cyclists—from students on rusting Peugeots to Dartmouthians crossing the bridge en route to work—funding cycling infrastructure seems like an obvious and necessary step toward a sustainable urban future.

The Halifax Cycling Coalition (HCC) is an organization of citizens whose mandate centers on improving cycling conditions and raising awareness of cycling issues within the Halifax Regional Municipality. In 2010, the “Crosstown-Connector” project was set in motion by the HCC. To quote from their website, “the Crosstown-Connector is a single, connected bike lane that unites the South End of Halifax to the North End, and further heads in the direction of the Bedford highway, where it will eventually connect with the Bedford Highway Bike Lane.”

While there are at least four potential routes for the lane, the HCC supports an Agricola route for reasons summarized on their website: “The Agricola route has flat grades, no buses, relatively low traffic volumes, and holds a pedestrian friendly character … the Agricola route best connects the places where people live, work and play on the peninsula … [it] already shows higher levels of cycling than most other routes, indicating that the factors above do, in fact, play an important role in a cyclist’s route choice.”

The HCC collected over 1,400 signatures in support of the Agricola Street lane.

The benefit of using Agricola St as the main artery of the crosstown bike lane is but one perspective. Many independent business owners on Agricola air different opinions.

Brent Halverson works at Nauss Bicycle Shop, an independent business that’s been unpretentiously planted at the corner of Agricola and Charles since 1968.  Even the guys at Nauss aren’t sure if Agricola is the best place for a bike lane.

“I’m all for improving cycling infrastructure, but it has to be done in the right way, and I’m not so sure that Agricola is the best spot for this infrastructure,” says Halverson, from inside the shop.

“I think we need to improve ridership before anything like this can happen.”

Halverson thinks Agricola, a street already functional for commuter cyclists, doesn’t need a bike lane. He believes a new cycling lane should cater to those uncomfortable riding in the streets; Agricola may be too intimidating a place to begin.

Other business owners have much stronger opinions. Kern Young, from Chapman Auto Body, describes the potential bike lane as “absolutely ludicrous.” He throws up his hands and says, “where’s everybody gonna friggin’ park?”

The bike line would also leave businesses such as Brothers Meat without a loading zone for trucks. That’s an integral part of the company, which ships meat all across the country.

Business owners on Agricola need not throw their hands up in despair quite yet. Dave MacIssac, the head of Strategic Transportation Planning for the HRM, says that while the project “is currently in the final phases of design and development” this doesn’t mean we’ll be enjoying the cycling thoroughfare anytime soon. He and his team are looking to propose more than one route for the Crosstown-Connector, in order to appease the greatest number of people.

“Because of this, the implementation will probably take several years,” MacIssac says. Plenty of time to grease up the old chain and re-tape those handlebars in anticipation.