A tale of two reading weeks 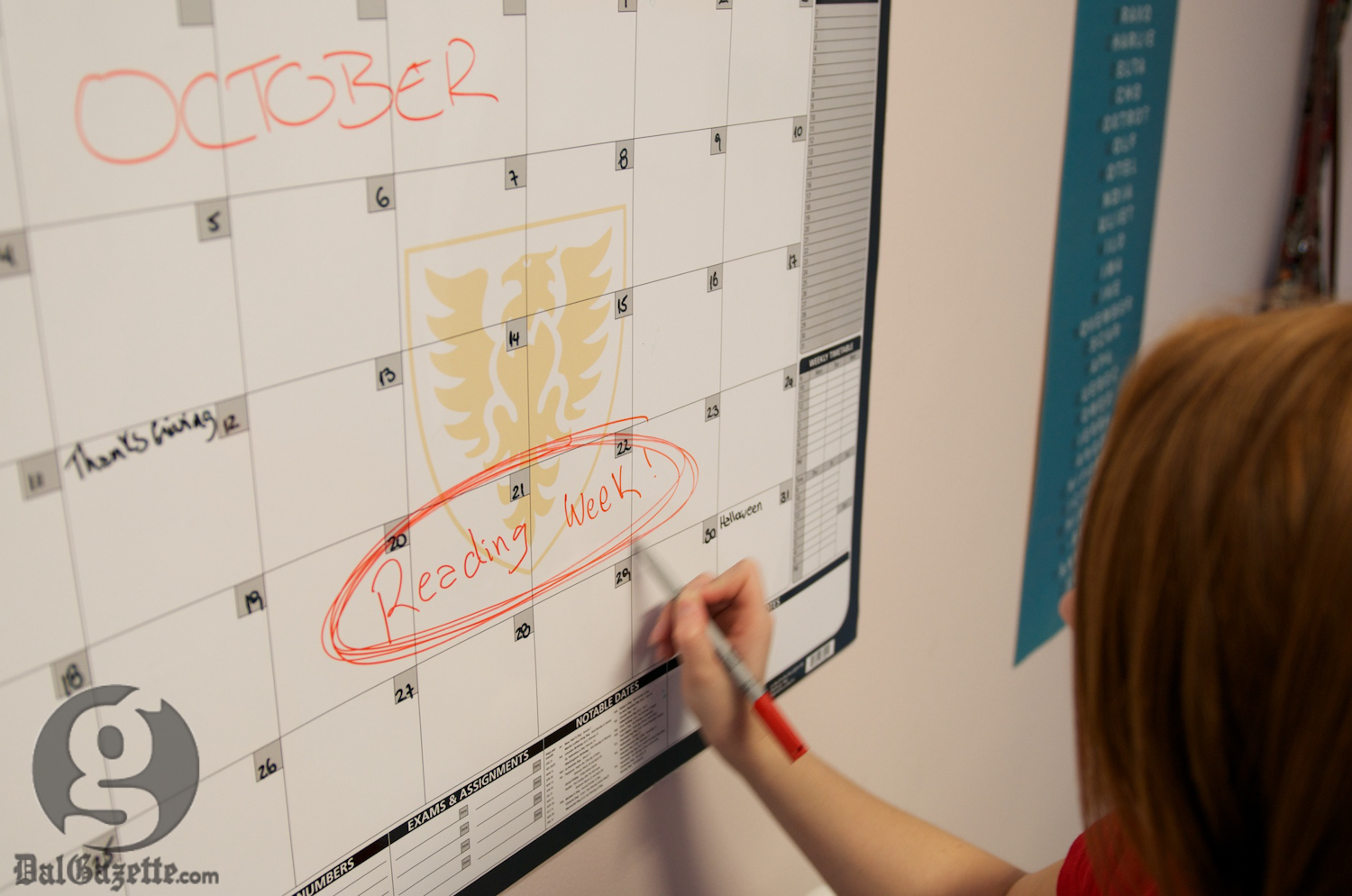 “Dalhousie has the longest instructional period of any Canadian university.” (Juliano Franz photo)

In the United States, it is a time-honoured (honored?) tradition for universities to have an extended Thanksgiving holiday. Students take advantage of the break to head home and visit family, taking the time to step back from intense academic pursuits. In Halifax, our schoolwork seems to increase as the days grow colder, unrelenting until late December. Is it time to follow the lead of other Canadian universities and implement a fall reading week?

In 2012 Ryerson University became the first major Canadian university to adopt a fall reading week, held in early November. They did so by reducing their semester to 12 weeks and pushing the start and end dates by a few days. At 13 weeks (after removing holidays), Dalhousie has the longest instructional period of any Canadian university. As Ryerson discussed the full reading week, Dal opted to introduce a one-day study break, in order to extend the holiday around Remembrance Day. This began in 2011. To create a one-week holiday would cost but three additional days.

Since Ryerson made the move, the University of Ottawa and York University have followed suit, and Waterloo, Wilfred Laurier, and the University of Alberta have all begun the discussion. All of the universities in question started the discussion with a movement within the student union, with the central theme being mental health. Extended breaks allow students to step back from the constant bombardment of assignments, papers, and midterms, and pursue other leisure activities, allowing student to return to campus with a fresh mind to tackle the remainder of the work.

As students, we are in a unique workload position. Our main breaks from academia are in December, for 2-3 weeks, and the summer, for four months. In the workforce, two to four weeks of vacation spread throughout the year is more common, and most Canadians enjoy weekends off to focus on leisure. Having 13 weeks of class plus two weeks of exams without a true pause is trying, especially with the days growing shorter and colder.

The issue of a fall reading week has waxed and waned on campus. Former Dal Student Union (DSU) VP (academic external) Rob Leforte said in an email that the issue was being worked on at least as far back as 2009. His successor Sarah Bouchard, as well as past president Chris Saulnier, added that the fall study day had been incorporated as a compromise. They put the reading week issue on the backburner last year as a result of the study day. When asked, current VPAE Aaron Beale said he had no idea if it was being discussed this year. Beale’s role is to oversee the student caucus on the University Senate, and is in charge of lobbying on issues such as this. According to the minutes of the University Senate for their Nov. 26, 2012 meeting, Beale was present when the academic dates for the 2013/2014 academic year were approved. Based on the comments from Beale and president Jamie Arron, the issue is far from being a priority for the DSU.

The University of Ottawa exercised some creativity to rearrange their semester in discussions around a fall break, but Dal would do students a service by simply shortening the fall semester. There’s no reason to teach for an extra week over Queen’s and other similar-sized institutions. In my experience, most profs conclude classes the week before they officially ended, thinking that we had exhausted the time available.

It’s time for Dal to join the club. Offer students a week to themselves in the fall.