In Halifax and underage 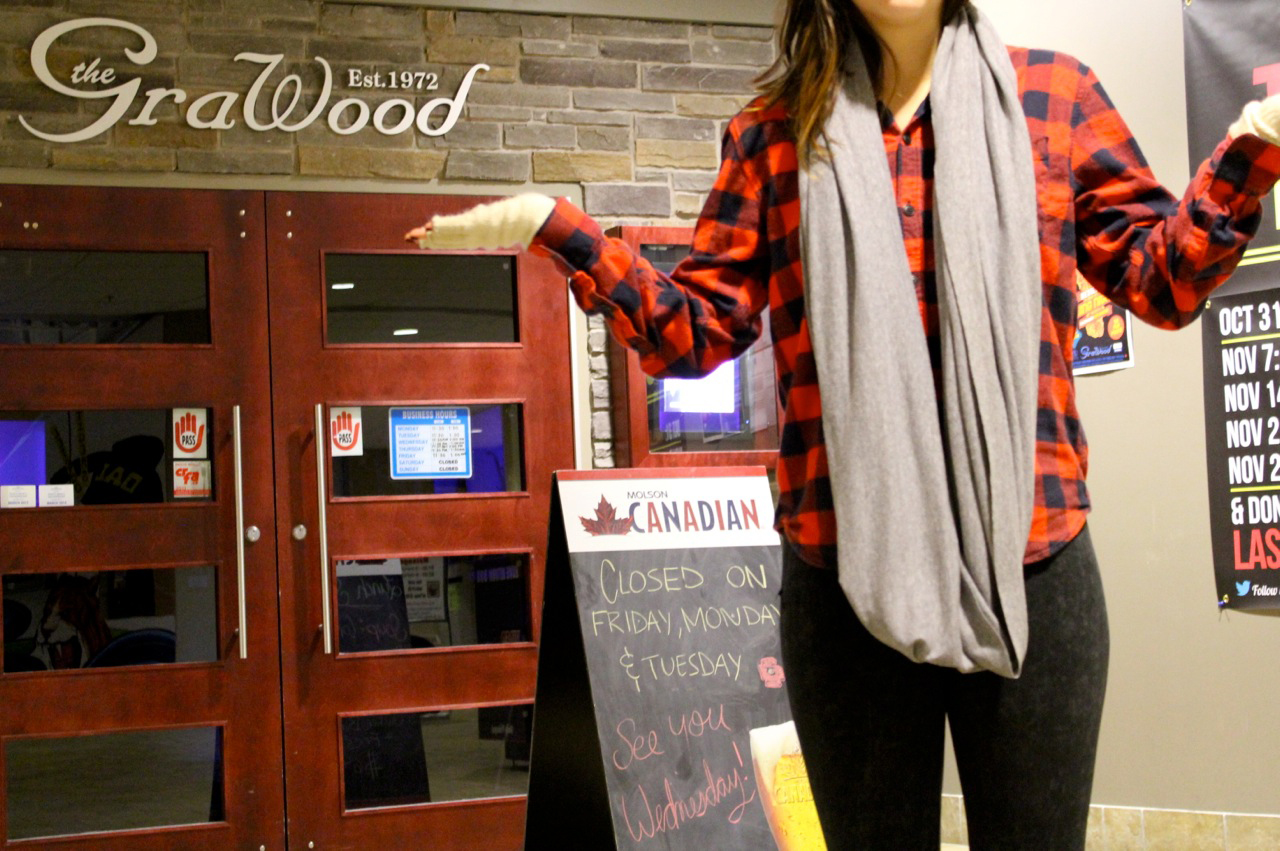 Whatever side you fall on, the decision to drink or not shouldn’t stereotype the other choice (Photo by Deborah Oomen)

In 2013, there’s not much that can stop a student from doing some drinking, except maybe their age.

Deciding what to do for fun when you’re underage can be an exasperating experience. It’s certainly not a clear-cut decision. It’s also one that defines the way you spend the next four years of your university experience, and maybe even the rest of your life.

Let’s take a step back, for deliberation’s sake, and think critically.

We can start by shedding some stereotypes.

It’s too easy to see this debate as a hallowed dichotomy: either you imbibe and buy into the party-hearty lifestyle, or you don’t.

Labeling our fellow students as “squares” or “straight shooters” on the one hand, or “frat boys” and “ratchets” on the other, is awfully misguided. It risks corralling the student body into two segregated and confrontational blocs, something that reveals itself fairly obviously in university residences.

Come on— it’s not the breakfast club.

Somewhere in this murkiest of middle grounds should be a nuanced and thoughtful outlook on how to consider and respect each other as fellow students. University is where people come to form and inform their character. We’re all adults here, but we’re still figuring out what that means.

Its many other merits aside, Dalhousie is fairly well known across Canada as a “party school.” According to a poll by the website askmen.com, we’re the third-ranked school  in the country for drinking and getting laid. Take that news as you will— some of you readers will cheer, and others will try not to barf.

If you didn’t know this as a new student coming into Dal, well, you’ve probably figured it out by now.

As long as the bouncers at bars around town keep monitoring lineups, though, underage students have to look for alternative nocturnal activities.

I talked to Katrina Persaad, who works at Dal After Dark, a campus-based organization funded by Student Life whose aim is to bring alcohol-free events to students on and off campus.

Some of Dal After Dark’s more popular events this year have included hot yoga sessions at Moksha on Dresden Row, sexy bingo, and a Halloween “Trick or Eat” food drive.

Persaad also says her organization’s main goal is for students who are like-minded to live together and rely on each other for social support.

When students choose to drink as their extra-curricular activity, that’s what they’re seeking in their friends, too. And there’s nothing wrong with that; I’ve made some of my best friends and connections over a pint.

Still, the party mentality remains strong with some. When I asked her what she thought about Dal’s reputation, Persaad told me that students coming here expecting to drink will always succeed at that, because they’re perpetuating the lifestyle they came here to find in the first place.

I think she’s on to something. As classmates—and neighbours—we’re all here to make the most of our university experience. Whatever that means to you, don’t let your good time ruin someone else’s.