A brief history of records in Halifax 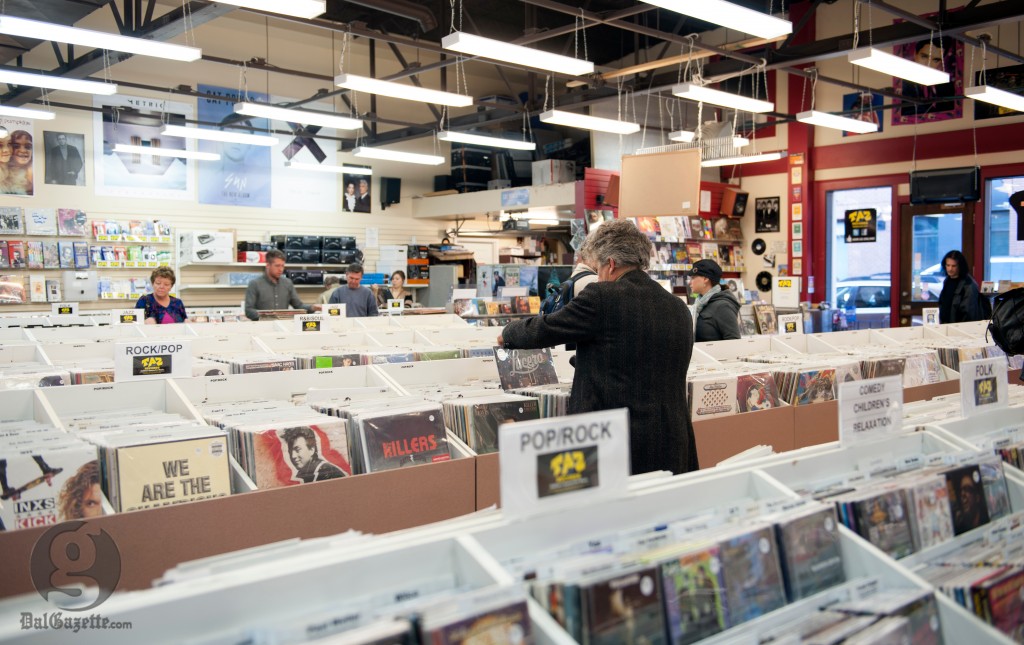 A Side: Back to Basics

It’s 1990 or 1991 and Run DMC is playing Halifax. DJ Jorun Bombay opens for them with his rap group Mod’rn World Thang. He plays a Beatles song off Sergeant Pepper to close the show, and when he steps off stage, Jam Master Jay bolts out of his dressing room.

“ ‘What the hell record was that?’ ” Bombay recalls him asking.

That’s the kind of fervent knowledge-trade that characterized the advent of hip hop as tapes trickled in from New York during the black basketball tournaments in Nova Scotia.

In exchange for the Beatles revelation, Jam Master Jay answered everything Bombay had to ask about samples, including what they sampled on Peter Piper.

Look it up. It’s one of the most quoted beats in hip hop.

After the show Bombay met up with DJ Critical (a.k.a. Buck 65) at CKDU radio for an interview. The meeting kicked off three years of rooting through the hundreds of thousands of records stored in the CKDU vinyl archives.

“I ended up having an address book that I just filled with titles, and myself and Rich [Terfry] would go to Taz religiously once a week and look for everything we heard in the music library and that’s when we both became more serious collectors,” he says.

Taz Records, now located on the corner of Market and Sackville, started in 1983, which makes it one month older than co-owner and manager James Donnelly. For him, records have always been a more than a hobby.

“I got through university selling records,” he says.

He’s sitting in front of stacks of vinyl people have brought into the store, a daunting mine of easy listening 78s that might contain the rough diamond that could make someone’s day. There’s a turntable in the 99 cent room in the back where you can spin your loot. In that respect, not much has changed since Bombay headed there in 1988.

“When I went to Taz, they got everything that people got rid of so I didn’t know what the hell to look for,” he remembers. “The big joke at the time was “if you don’t know what to look for, look for anybody with the big afro in the front or anything that says ‘funky’ in it.’ So I went through the 45s and there were two records that had the word funky in it: James Brown’s “Ain’t it Funky Now” and “Funky Drummer.”

His friend Digby D, a hip hop DJ, couldn’t believe the Beastie Boys had sampled Brown and not the other way around.

Bombay’s family moved to the North End of Halifax from the Azores Islands in 1977, two years before Rapper’s Delight, widely considered the first rap record, came out. His family was listening to post-Brazilian music influenced by the Beatles after they broke up—stuff like Tom Ze—while his neighbours played Rick James, Kool and the Gang, and the Jacksons.

In a roller skating rink in Dartmouth just under the second bridge (now a car lot), Bombay realized he wanted to jockey.

“That was the only place you could hear black music anywhere because the radio was playing Bruce Springsteen and Steve Miller. I watched them and noticed that every time they threw on something that wasn’t being played on the radio, people would react immediately.”

Bombay’s first DJ gig was at Club 55 on Gottingen Street. Bombay is bringing it back to basics by playing again on Gottingen—this time, Alter Ego’s cafe right across from another vintage collector’s goldmine, Plan B Merchant’s Co-op—and restricting himself to 45s.

He hasn’t used the industry-standard Serato vinyl emulation software, which plays back mp3s like records, since January. He says it’s refreshing to take a break from DJing “for people who have the attention span of an iPod.”

The musical ADD goes both ways: when people see a laptop, they think you’re carrying the universe, and when you’ve got all your material in front of you, you get lost in scrolling titles.

There’s a difference between being a human jukebox and being a disc jockey: the spirit and physics of the game. Bombay laughs about how he would soak the labels off his records in a childish gesture to preserve his trade secrets. “It’d say Columbia, the artist would be ‘nice try’ and the name of the song is ‘do your homework’.”

He’s more than happy to share his secrets now. 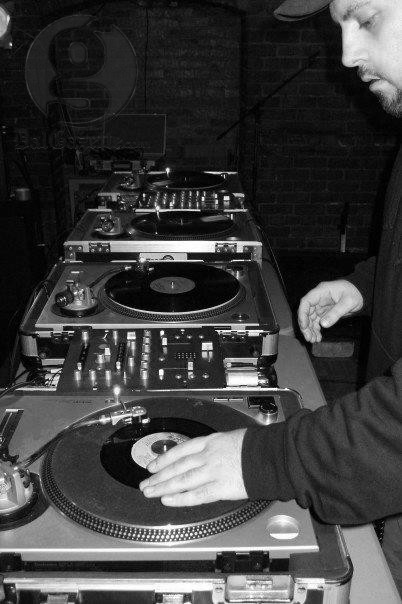 DJ Jorun Bombay will be spinning at the Halifax Record Fair at Maritime Hall Halifax Forum this Saturday, Oct. 20.

B Side: Do it yourself

Death and renewal are natural facts of life – and of business in an industry perennially described as “dying.”

Taz has outlived Sam the Record Man and other big box shops in the Barrington Street area. It will likely be the sole music retailer in downtown Halifax if HMV closes its Spring Garden Road location this January.

But it’s not all doom and gloom: Nielsen reports that physical album sales are up for the first time since 2004. Steven Baur, a musicologist at Dalhousie University, believes that smaller independently owned record stores can survive on a niche market.

Darcy Spidle started Divorce Records in 1999 to release his own stuff with his band The Deadroads on cassette, and modelled it after Black Flag’s DIY label SST.

“At the time, I was sort of getting involved with the business side of the local music industry, and it was rubbing me the wrong way. DIVORCE was a way to separate myself from the elements that I disliked,” he wrote in an email. “SST formed the blueprint for the truly independent record label.”

Predictably, there are no contracts at Divorce. “Everything is sort of a handshake deal, and we usually do one record at a time.” They’ve since become a major force in bringing together artists and locals at the annual Obey conventions.

Spidle uses at least three plants to do covers, lacquers, and press the vinyl.

Also check out Obsolete Records on Agricola Street and Plan B on Gottingen Street.