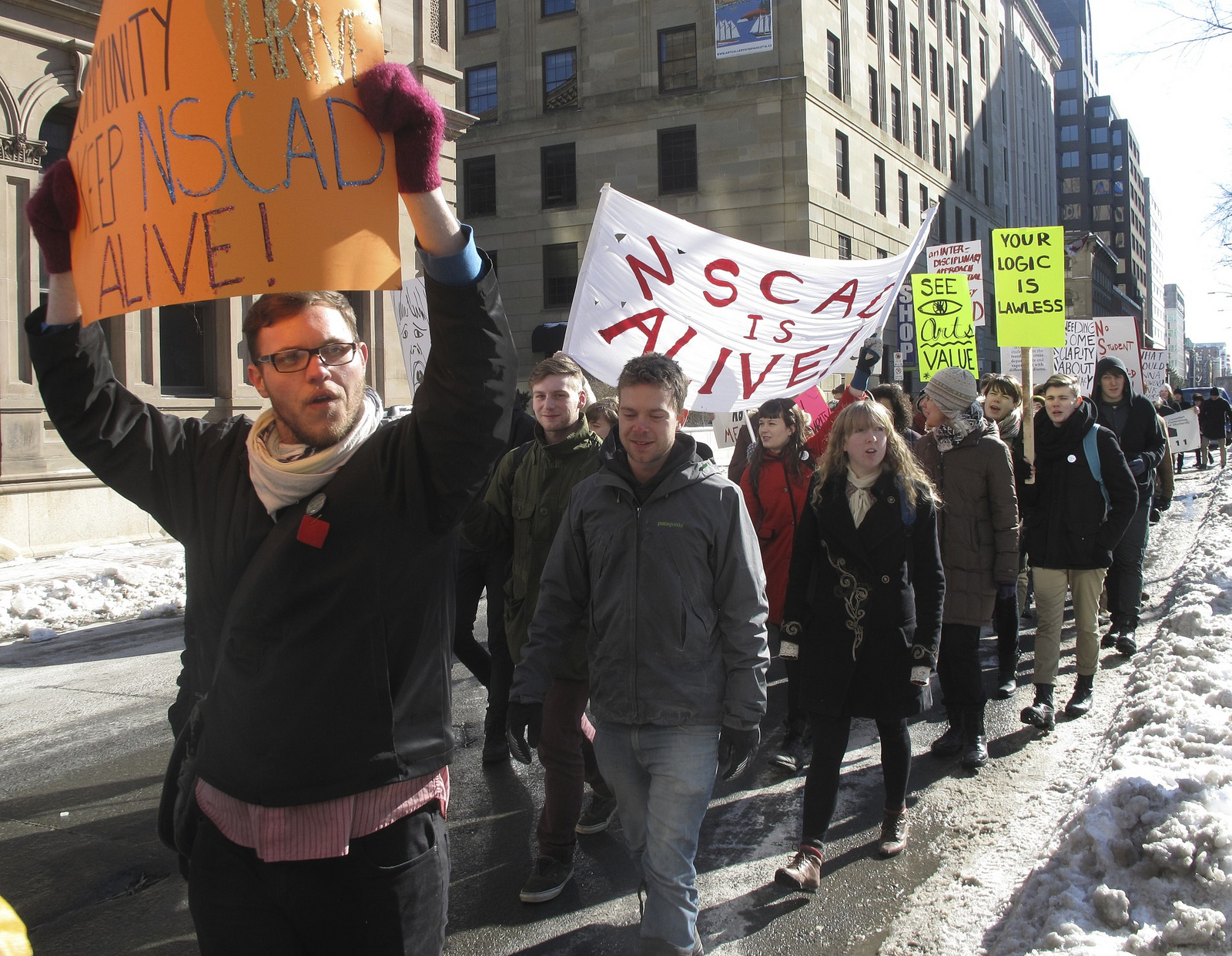 This author thinks any solution that prevents a NSCAD closure is preferable. (Photo supplied)

The current situation of the Nova Scotia College of Art and Design (NSCAD) boils down to one word: manifesto. Students and staff are united to protect NSCAD as an autonomous provider of quality fine arts education. It faces debt and austerity imposed by the provincial government and creditors. The future of the school is in doubt, a nagging worry in the minds of many Haligonians, especially the students who devote themselves to enhancing our culture through the study of fine art.

NSCAD and NSCC Waterfront Campus are the only major post-secondary institutions in the province whose primary focus is on fine arts. Tourism and related businesses fuel the Nova Scotia economy to the tune of around $1.3 billion annually and the film industry here is the fourth largest in Canada. We need to preserve our ability to train Nova Scotians to work in these industries. The alternative is outsourcing jobs to other provinces or countries while our unemployment rates continue to rise. We need to offer the full gamut of education opportunities in this province, or our youth will leave to pursue their passion elsewhere as our population continues to age.

Money woes are not unique to NSCAD. The provincial government has been forced to make a lot of budget cuts. The entire population has been feeling the effects. If it came down to brass tacks, what is stopping NSCAD from merging with an existing institution? Merging with Dalhousie might be the way to go.

A merger would not be without precedent at Dal. In 1997 the Technical University of Nova Scotia merged with Dal by government order. In doing so, the school was essentially dissolved, which is not what should happen to NSCAD. The relationship that University of King’s College shares with Dal would be appropriate for NSCAD. When King’s moved from Windsor to Coburg Road, it began a partnership that is demonstrated today by streamlined student services and diverse interest groups, not to mention the variety of academic courses available to those seeking electives and joint programs.

NSCAD could do worse than merging with Dal. The uniqueness of the environment could preserve the identity and flavour of the school and affiliated communities in the same way that King’s offers a unique experience within the Dal sphere. Furthermore, interdisciplinary approaches could be fostered through mutual resource pools and community development in the university.

It all comes back to money. In the face of a $17.5 million shortfall, Dal doesn’t really seem to have deep pockets for expansion. With one construction crane currently on campus already, there’s talk of a joint project with Saint Mary’s University and Halifax Regional Municipality to build a double ice rink complex in the south end of the city. Plus, Dal already merged with the Nova Scotia Agricultural College in June of 2012. As the campus remains in Bible Hill, NS, students continue mostly unfazed by the change, except for a tuition spike that likely stung. And there is also the dead weight of NSCAD’s books to consider: currently, it’s a $13 million anchor of debt that threatens to pull the school underwater.

No amount of incentive can sway some hardcore NSCAD supporters. Some feel that NSCAD’s institutional independence is important for preserving the courses and unique experience. They argue that an arts school must stand apart to fulfill its role as an independent voice with cultural and economic autonomy.

If there is a way for NSCAD to remain stable and independent while offering academic quality, I am all for it. Still, money troubles are hard to set aside, and I’m talking about a merger as an option should finances force that hands of those who support NSCAD as an institution. Should it become necessary, being tucked under the Dal umbrella can have advantages without compromising NSCAD.

The worst-case scenario involves NSCAD closing its doors. Anything preventing that is the better option.