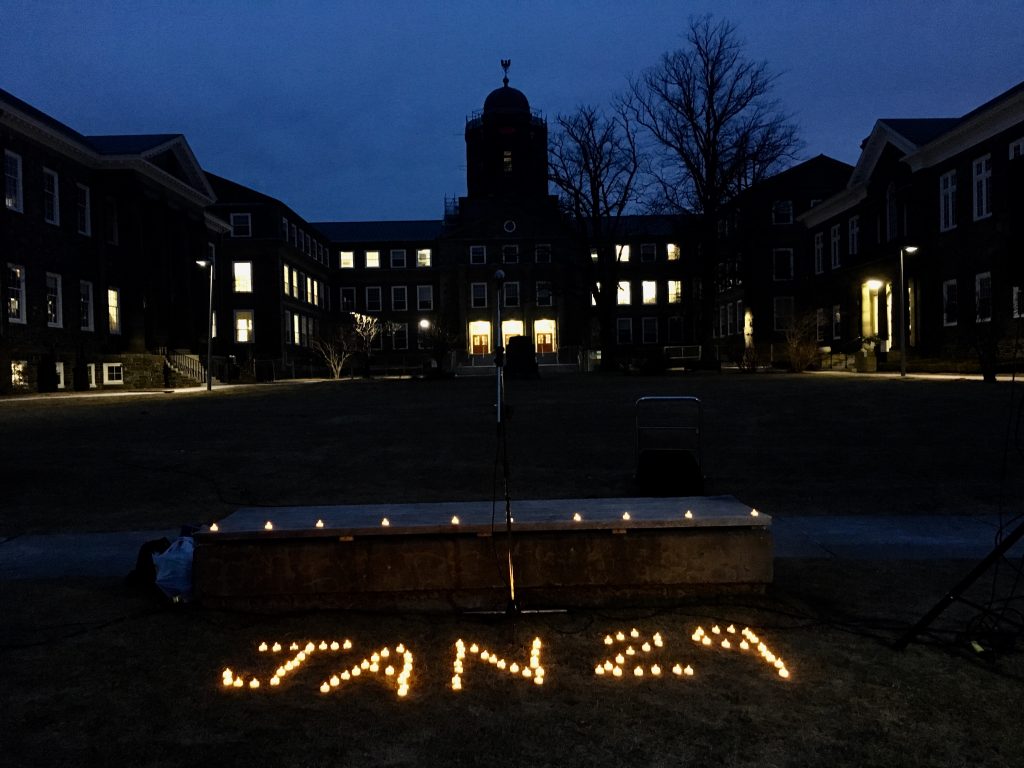 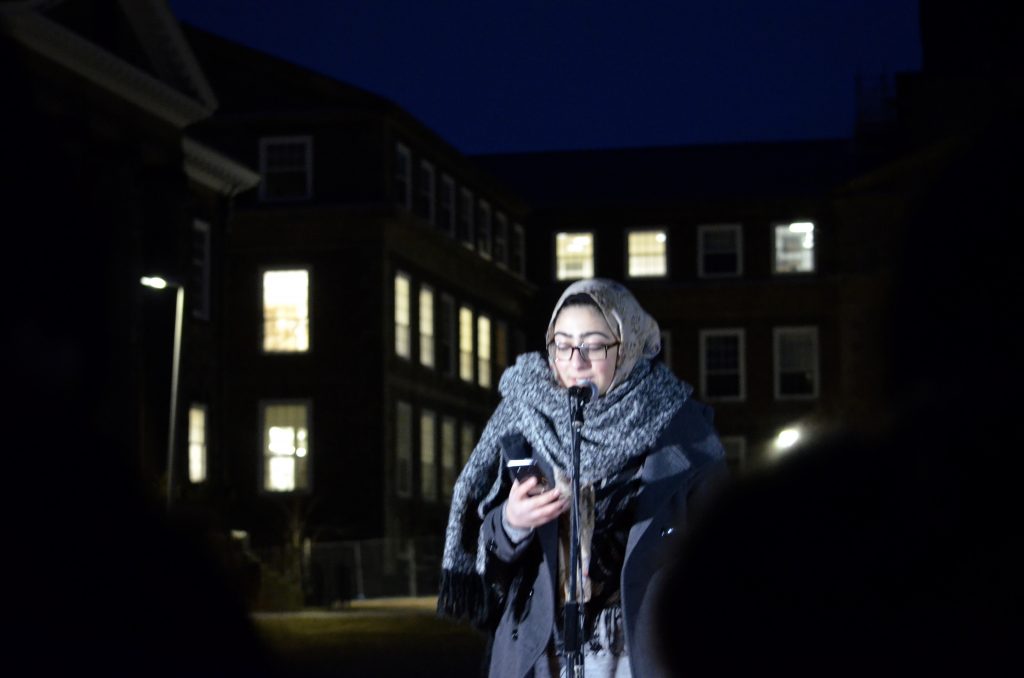 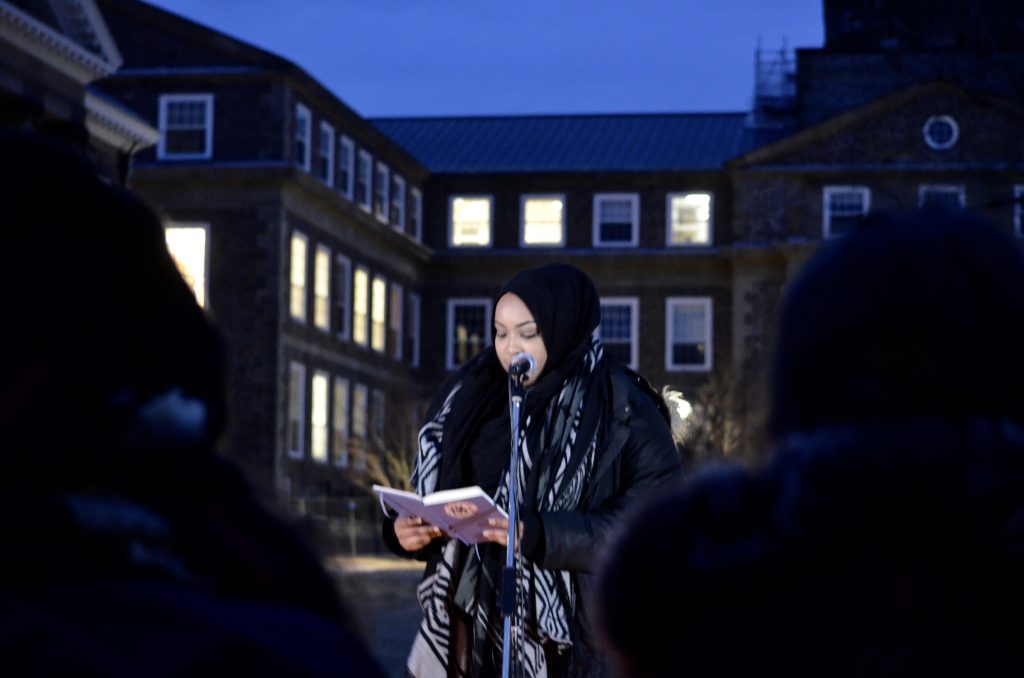 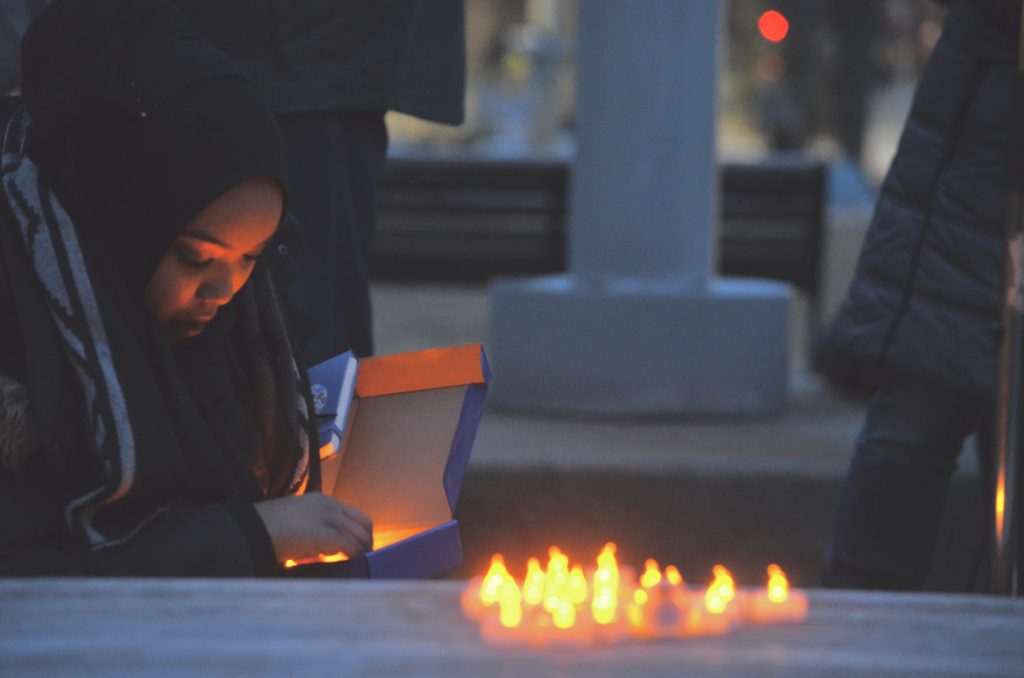 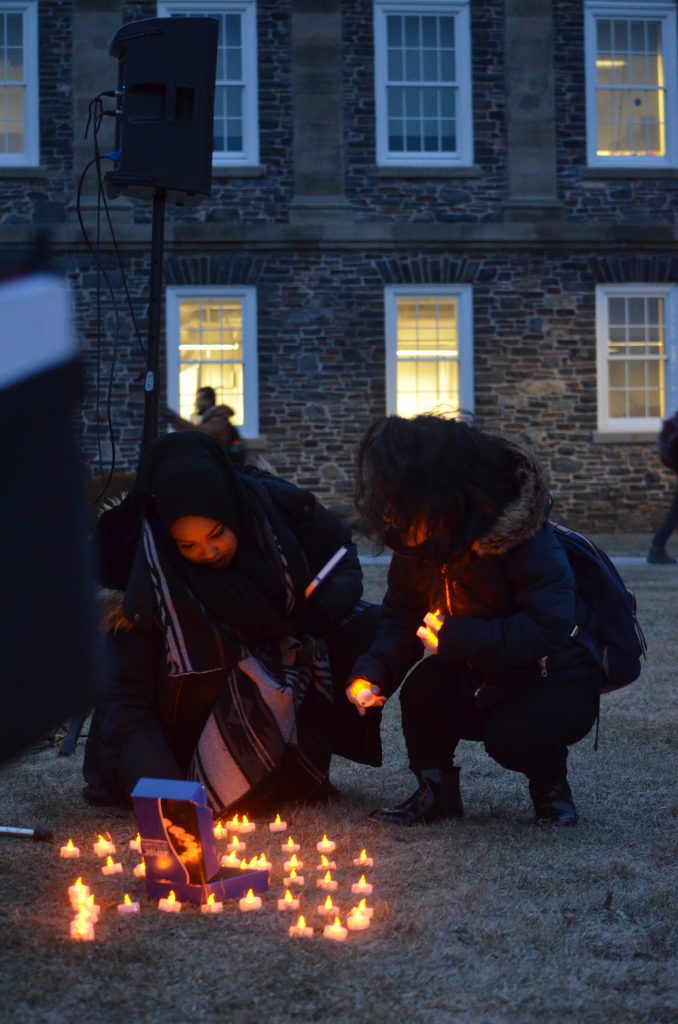 Electric tealights spelt out “Jan 29” in front of the stage where Amina Abawajy called out the names of the six dead men. The crowd repeated them back. People were there to remember the victims of the Quebec City mosque massacre at a commemoration ceremony held by the Dalhousie Muslim Student Association. At the request of Masuma Khan, one of the organisers, Dalhousie University flew its flags at half-mast.

After their names were spoken, there was a moment of silence.

Khan spoke about when she first learned of the massacre.

“I remember last year when my mom burst into my room and told me what happened, she woke me up that way. And well, she was scared. She woke me up and I was like, ‘That’s it, we’ve got to do something.’ So we did something, and we gathered here in the cold, just like today,” she said, referring to the vigil she organized last year.

“Not enough has been done in this year. I think in a year of this we constantly are hearing more stories of Islamophobia. Islamophobia in primaries, in preschools, amongst children, amongst adults, amongst different people. It is ever encompassing.”

Khan talked about her frustration at the lack of conversation around Islamophobia following the massacre and how it is always marginalized people who have to lead the conversations.

“I am asking everyone here to start educating yourselves,” she said.

“The work that needs to be done to combat Islamophobia goes beyond having a Muslim friend or being nice to a Muslim person. It means challenging your racist uncle at the dinner table, it means calling for inclusion of cultural competence within our public school curriculum, which honestly I think is a big thing that could help with this,” she said.

Caitlin Grady, a third-year student, and Beata Elliott, a first-year student, are both members of the Dalhousie Amnesty International Society. They came out to the commemoration to show support and solidarity with the Muslim community.

Grady said the speeches resonated with her.

“It’s not just about talking about the issues, it’s about following through and doing something and making sure the burden of action is not solely on communities of colour and the Muslim community,” she said.

Grady believes it is important to acknowledge Islamophobia because, “Islamophobia is alive and well at Dalhousie as it is at many other university campuses and many other cities across Canada.”

Khan closed the commemoration with a hope for the future.

“I hope and I pray that after this day, we don’t let nothing happen for a year. That you folks will work with us to hold people accountable, because it’s just going to continue happening if we don’t educate.”