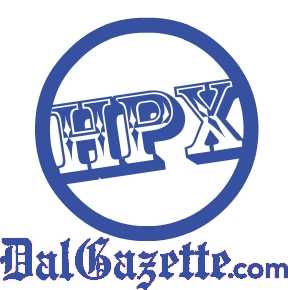 Terror Pigeon Dance Revolt is a group with an ever-changing lineup that began while Neil Fridd, frontman and main creative force behind the project, was a student at the State University of New York (SUNY).

With a live show that consists of ample helpings of blue glitter, stuffed animal suits, an M&M’s costume and chaos, TPDR seems like a great band to check out during the festival.

Currently on tour, Fridd was able to take some time out of his schedule to speak to us about his music, his band’s awesome website and the challenges of touring with a constantly changing live lineup.

Evan McIntyre: This project began out of a fringe-style play you did that was loosely based on Othello, and your songs vary from 40 seconds to six minutes. What would you call the art you create, especially since you’re coming from a more performance art background instead of super-genrefied music?

Neil Fridd: I’ve never really thought of naming it. I don’t know if you’ve ever heard of Rich Aucoin?

NF: Him and I have toured a lot together and we have a pretty similar message, and the term he coined for it, is more in terms of, not naming art, but in genre of music. The closest thing I have to an answer which is, he came up with a term, “funcore.” I think “funcore” is the best way to put it.

EM: That’s a great term! This project began out of SUNY. Do you still study there?

NF: Nope, I graduated two years ago and I’ve been working on this band fulltime since.

EM: Your website and merch look pretty awesome. What made you decide to have a more chaotic design instead of a more traditional site design?

NF: In terms of what I like visually, and what I like in most things I create, I really like a kind of maximalist, chaotic, mushed up impossible. Something that can be crammed into a song, a website, or a shirt. A kind of flow of everything else; overwhelming, but hopefully welcoming.

EM: You’re signed with Luaka Pop. How did you get involved with them?

NF: Bizarrely. They were at a show that I was playing at, trying to sign another band, which was really the first show that I played as Terror Pigeon. It was the end of my junior year at school. They saw the show and they really liked it.

It was funny because there’s a guy named Yale who runs the label and was the person who signed me. He was at the show and it was all college kids. There were a few parents, but it was mostly kids who went to school. I thought “Who is this old guy? And why does he want my demo?” I was like “Whatever, anyone who cares enough to ask me for my music, I’m flattered by, and I appreciate.”

So I gave him my music and never expected to hear from him again and then he emailed me a few days later saying “Hey, do you want to work with this record label?” and I was like, “Yeah, let’s do that!”

EM: I’ve read a bit online in regards to the personnel in your live show, from performing with two people to over 20. How does songwriting work in a project that can be so large and diverse? Do you do a large chunk of it?

NF: Well, I write everything, and I do it on the computer with as many parts as I see fit. And then we kinda have to go back for each tour and figure out how to make a band out of that. So it sounds different a lot of the time, you know? Right now what we’re going to bring to Halifax is a five piece, which is drums, keyboards, sax, and vocals, and vocals. That’s my favourite version of the band to work with. It’s nice to have a bassist too, but right now our keyboarder will be playing bass as well.

EM: What inspires your lyrics? For example, in the song “Dear Crespin,” the lyrics are pretty crazy. It sounds like a stream of consciousness. But have you ever had a harder time writing lyrics for Terror Pigeon?

NF: A lot of it comes to me super, super easy, but there are other things that kind of have me slaving over more. It really just depends. I guess the biggest factor is how clearly I understand the events, you know?

I feel as though writing the songs is what allows me to understand my feelings about a subject, or person, or relationship. But it’s definitely like a mixed bag of things that are super easy and impossible.

EM: With all of these live lineup switches and shifts, does that ever become problematic, or do you just try to embrace the chaos that comes out of it?

NF: It’s definitely problematic. I mean, not having a permanent band is good because I can book shows whenever I want. So I can essentially stay on tour all the time, and kinda add and subtract band members as they become available. But it definitely is nervewracking at times.

This tour that we’re on right now, a few days before it started, the person we have playing keyboards found out that he might get a job. He was unemployed earlier and was like “Yeah! I’ll go on tour!” but then he said “Well, it looks like I might not come.”

That experience can be very terrifying, but it also keeps things super, super, exciting and adventurous. So it’s stress-inducing, but I like the idea of having a crazy disaster band.

EM: At what point did the M&M suits, the blue glitter, and other extravagant costumes become essential to the Terror Pigeon Dance Revolt Performance?

NF: It was pretty early on, I think it was maybe our 11th show or so? We had only been a band for about three months. We had always worn costumes, but I had enough at that point where I thought “I should start bringing costumes and give them to people to wear”.

EM: We can’t wait to see you in our city! Thanks for the interview and have a great tour!

*Editor’s Note: This interview will also be appearing on The New Halifax.